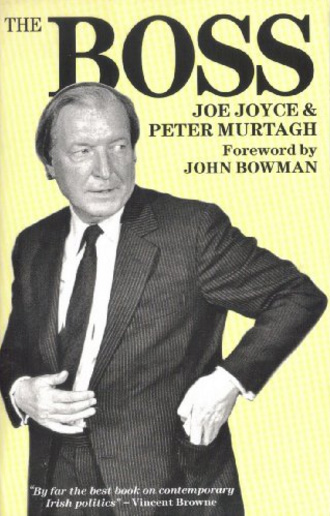 The classic account of Charles Haughey’s scandal-ridden Irish government in 1982.

Haughey was the dominant Irish politician of his generation, as well as the most controversial.

Upon entering government in the early 1960s, Haughey became the symbol of a new vanguard of Irish ministers, with a promising future in service to the Republic. As Taoiseach, he is credited by some economists as starting the positive transformation of the economy in the late 1980s.

However, his career was also marked by several major scandals. Haughey was implicated in the Arms Crisis of 1970, which nearly destroyed his career. His political reputation revived, his tenure as Taoiseach was then damaged by the sensational GUBU Affair in 1982; his party leadership was challenged four times, each time unsuccessfully, earning Haughey the nickname The Great Houdini.

Revelations about his role in a phone tapping scandal forced him to resign as Taoiseach and retire from politics in 1992. Further scandals then emerged with revelations of corruption, embezzlement, tax evasion and a 27-year extra-marital affair. Still mired in scandal, he died of prostate cancer in 2006 at the age of eighty.

By far the best book on contemporary Irish politics