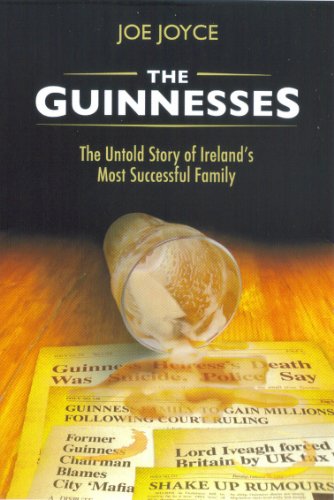 The story of a family that turned a small 18th century legacy into a 20th century fortune, creating one of the world’s great brands and rising from “trade” into the highest levels of British aristocratic society.
This compelling, racy, epic biography tells how they weaved their way to wealth and social success through often troubled times. It covers their roles in Irish and British politics as well as business and society and the scandals and controversies which sometimes embroiled them, some of which never saw the light of day, like a 19th century sex scandal; others have been long-forgotten, like the murders of four of their employees in the west of Ireland and the financial skulduggery which accompanied their final step into the ranks of the super-rich in the late 19th century.
Full of insights and incidents, it covers a cast of characters – businessmen, politicians, socialites, explorers and eccentrics – from the God-fearing Arthur Guinness to the early death in 1992 of Benjamin Guinness, the last family member to sit on the board of the Guinness company.