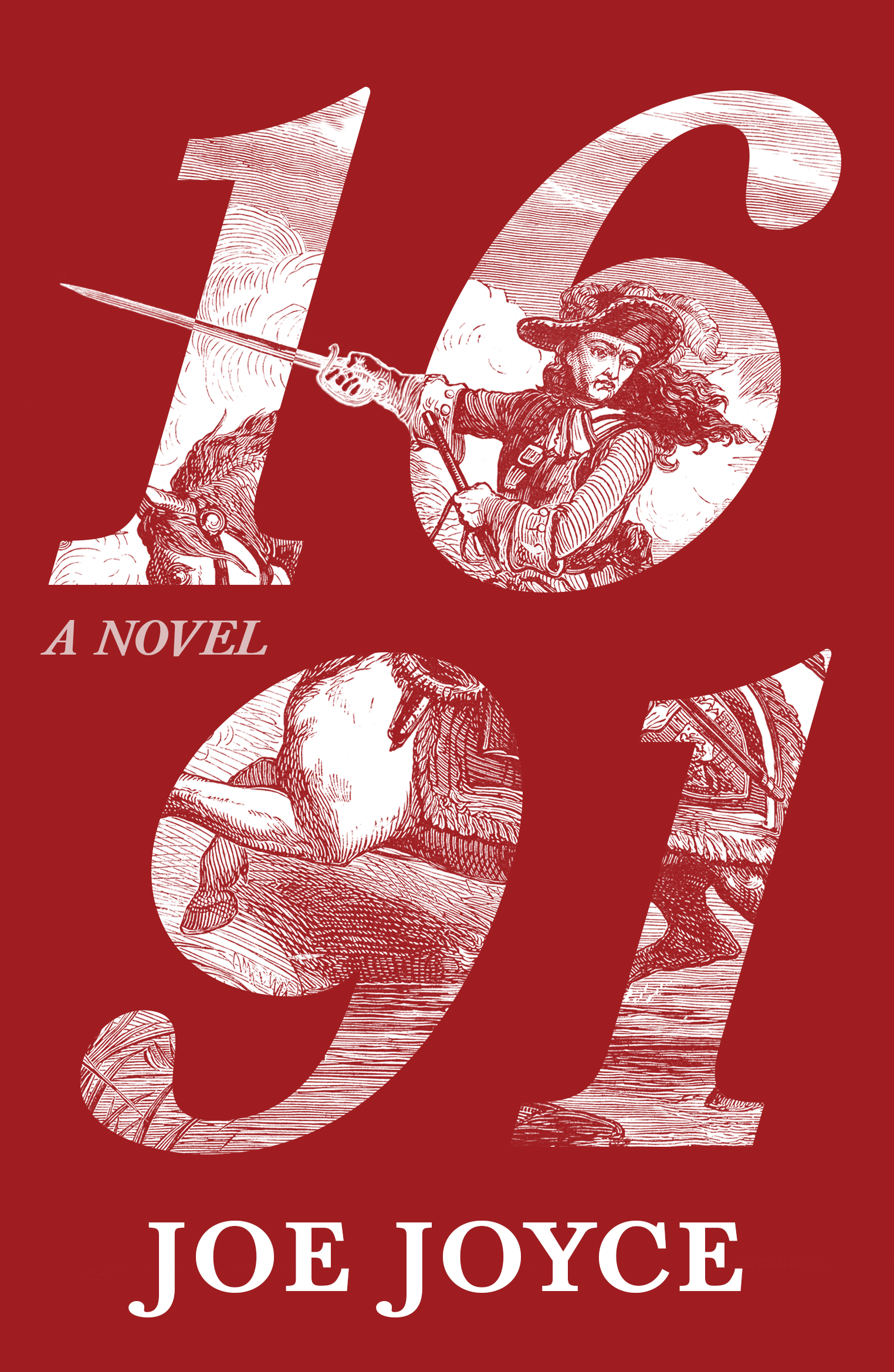 It’s May 1691 and the events of the fateful year that still casts its shadow over Ireland are about to begin.

The armies of the English King James and his Dutch usurper King William are on the move in Ireland once again, resuming where they had left off for the winter.

James’s army has been pushed westwards beyond theRiver Shannon by its defeat at the battle of the Boyne the previoussummer. But, with a new general just arrived from France, it is far from beaten.

Through the personalities of two opposing generals, the Irish Patrick Sarsfield and the Scottish Hugh Mackay, 1691: A Novel uses the techniques of fiction to bring to life the friendships and enmities that lay behind the coming sieges and the deadliest battle fought on Irish soil.

An extremely good read, and from the perspective of history, it is accurate, well judged and convincing. Joe Joyce has earned a worthy place in the thin line of Irish historical novelists [see full review here]

The Irish Sword, journal of the Military history society of ireland

Full of great insight, bringing us down under the floorboards of history

hugo hamilton, author of The Speckled people and the pages